“In the abyss, no one can hear your crew scream”

Abyss Crew is a multiplayer videogame taking place aboard a steampunk submarine.
Each player is a member of the submarine crew – pilot, gunner, sonar, or engineer. Explore the abyss to find precious mineral – but beware, as sprawling menaces lurk in the darkness…

Abyss Crew can be played on local or online games.
Online games requires one license per player. LAN games need only one version of the game; other players can download the free demo to join LAN games. For crews with less than 4 players, bots manage missing stations.

Will you play as the pilot, the gunner, the sonar or the engineer? Each station features a unique and cooperative gameplay.

Pilot station
Explore the oceans depths, and pursue hostiles creatures – or try to escape them…

Engineer station
Upgrade your ship to increase your survival chances. Or do you prefer to keep materials to repair potential breaches?

Abyss Master (optional)
Play as the abyss itself. Control fauna and flora to repel the the intruders in their iron cask!

Year 1923.
Recent discovery of orichalcum, a powerful mineral found deep in the oceans, triggered a new industrial revolution.
Now, countless submarines roam the depths in search of rich veins, leading to underwater conflicts.
But seamen are speaking of greater threats hiding in the abyss… 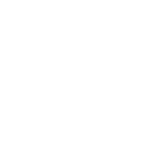